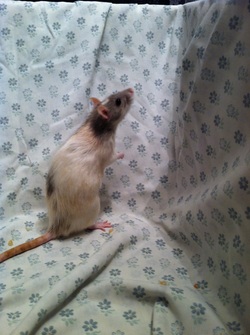 ​FOUNDING MEMBER
5/30 -- So, Nuzzle left us today. Her illness was sudden but not entirely unexpected due to her age and tumor. We had some tumors removed from her previously but decided we didn't want to put her through more surgery at her age. Fortunately I was there for her passing. I had an idea she wasn't going to be here much longer so I held her for an hour or so until she passed.

Nuzzle came to us a scaredy-rat. I remember it took 2-3 weeks before she would even come out on my arm just a bit for a treat. It took a good bit of time but once she decided we humans weren't all bad she certainly warmed up. Nuzzle always seemed to like me just a bit more, I could pretty much always count on a nose kiss (outside, people...) if I would put my face down near her. Nuzzle was a pretty mischievous girl. I remember how funny it was when we put their first wheel in and Orbit would run on it. Not Nuzzle, she spent lots of energy doing her best to bury the thing in bedding. She'd often be the one carrying the toys around the cage. Also, she would be the first rat to put herself between two arguing rats and say, "Hey you guys, settle down. Talk it out." She was a good rat and we'll miss her.

Why is Nuzzle a resident? Her and Orbit were my first two rats since we last had them back when our boys were younger. They were with me at the start of the rescue adventure and they were the inspiration to study all I have about rats. 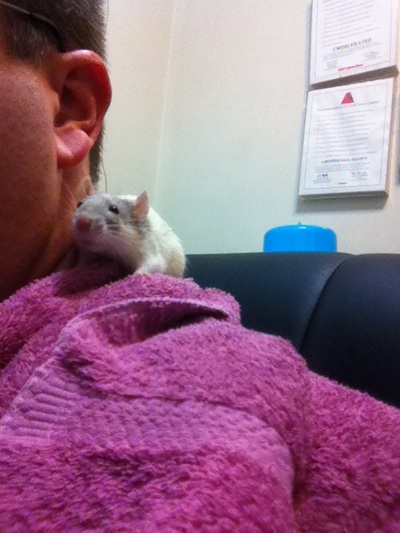 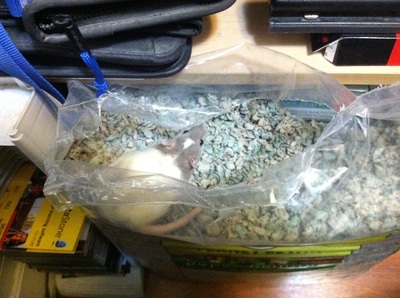 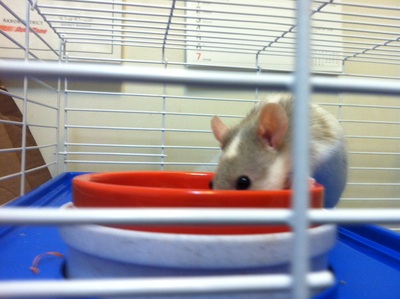 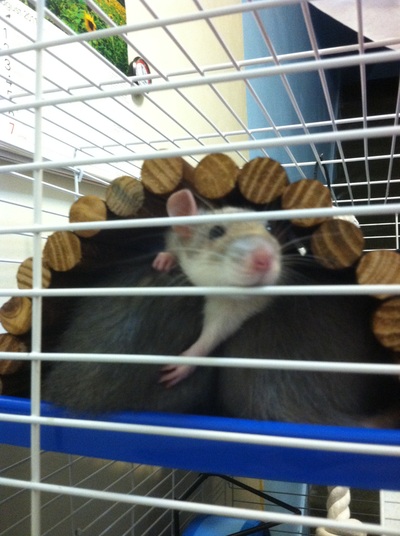 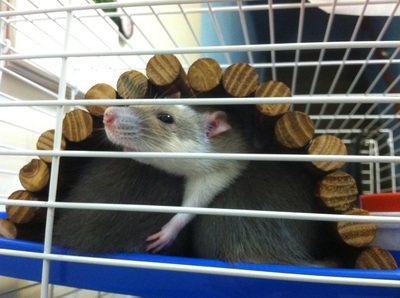 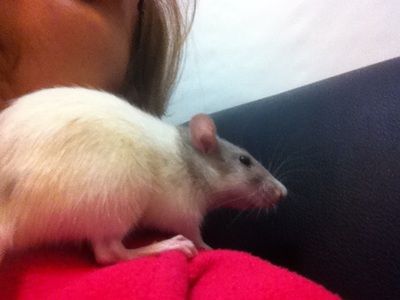 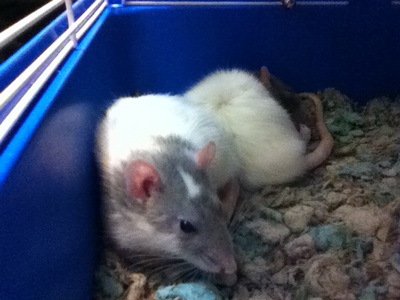 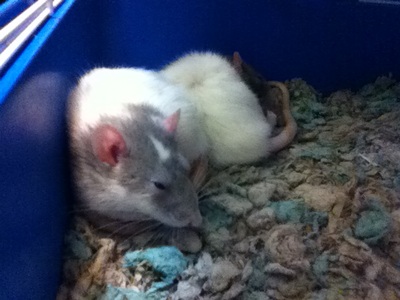 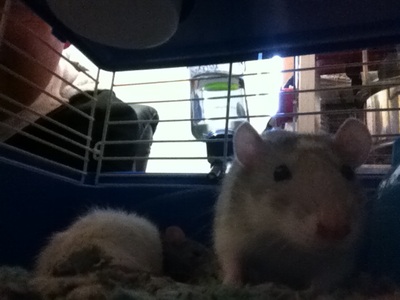 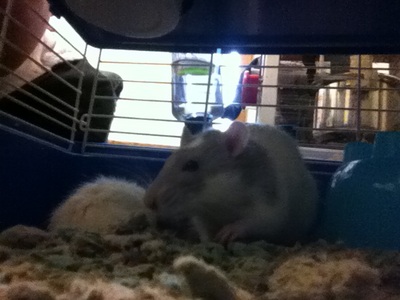 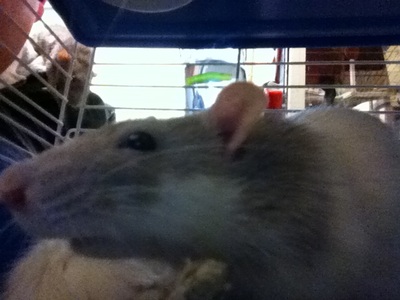 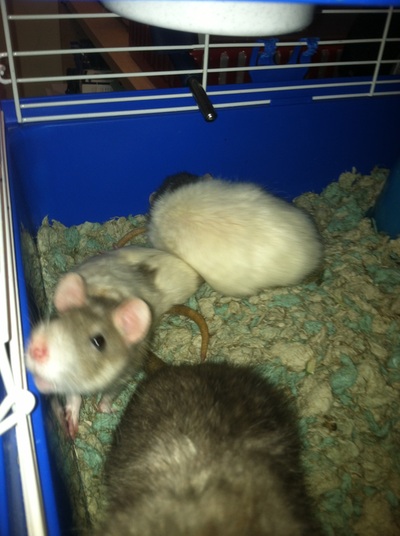 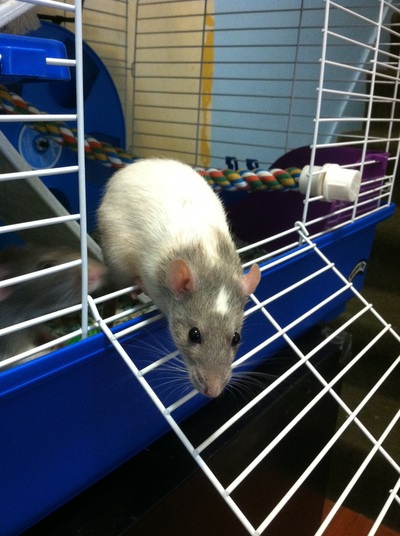 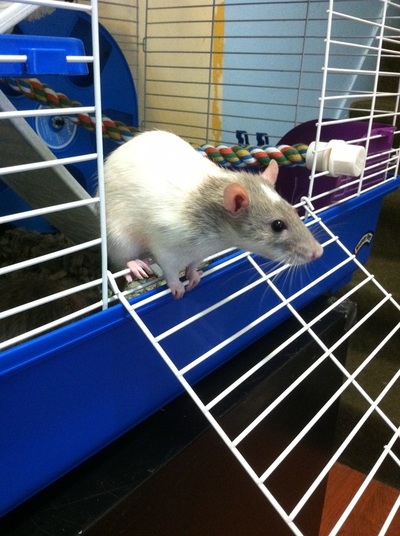 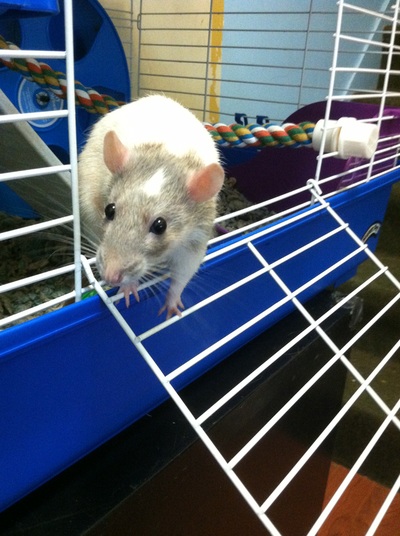 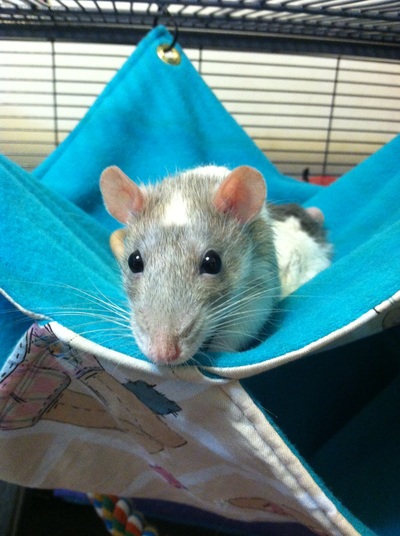 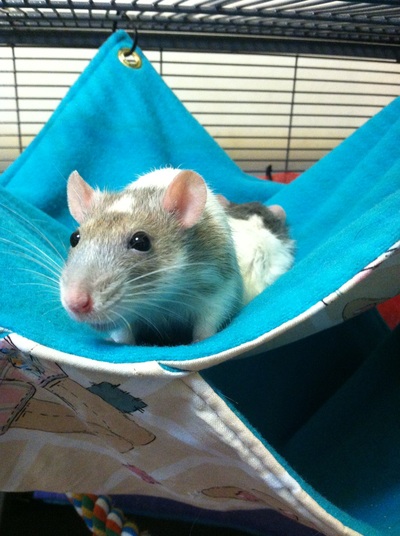 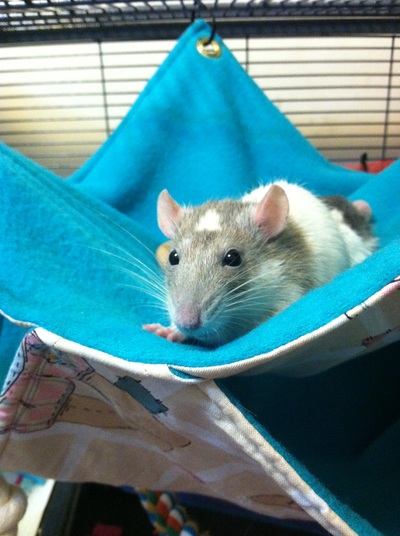 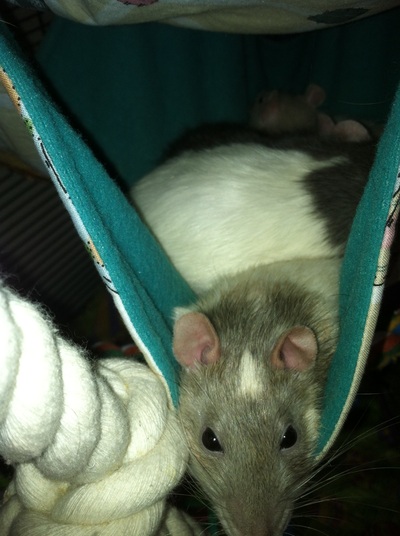 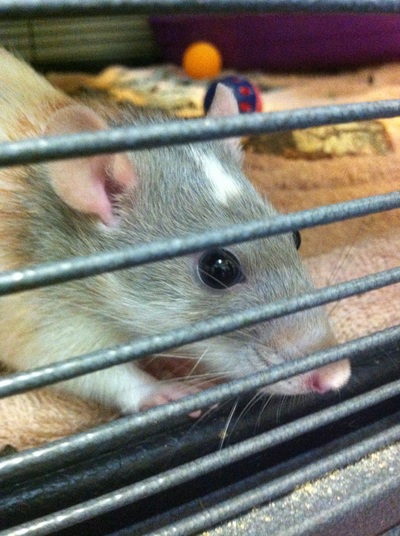 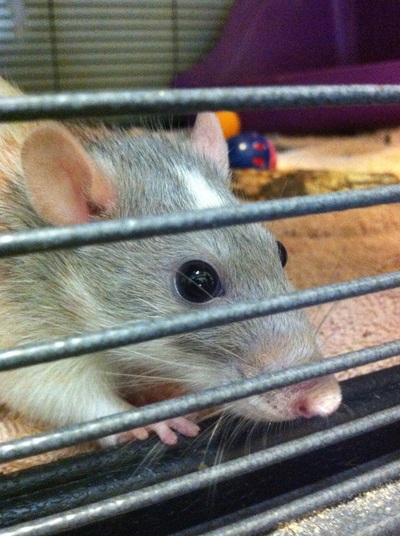 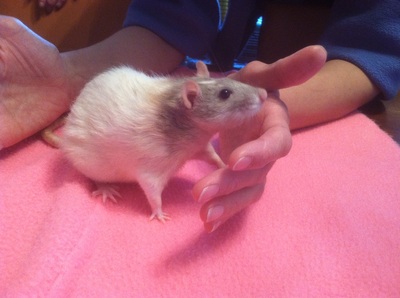