Copper was originally rescued to treat him for a respiratory infection and because he looked underweight. While giving him his first dose of meds it was noticed his lower teeth were overgrown -- which would explain the underweight since he was only fed block and couldn't gnaw it. While trimming his lower teeth it was discovered that they were so long because his upper teeth were gone. With nothing to grind against, the lowers grew unchecked. Since then, he has been fed block mush along with the usual veggies & so on. One of his upper teeth grew back in but seems to have snapped off a bit again. He is learning to trust and is discovering yummy food & meds.

Copper is special needs because, at least for now, his teeth require regular trimming. It's actually quite easy, but it would take someone willing to learn how.
Update January 27, 2015: Copper gets block mush and other soft foods and enjoys them a lot. Though he hates it, we trim his teeth about every three weeks. Overall he seems a pretty happy boy.
March 8, 2016: Copper is over two at this point so we assume he is living his remaining days with us.
June 3, 2016: Copper has left us to go re-join Ace in play. He was never particularly fond of us when we handled him but considering his regular teeth trimming that's not surprising. I was glad we could help him these couple of years to live out a full life. 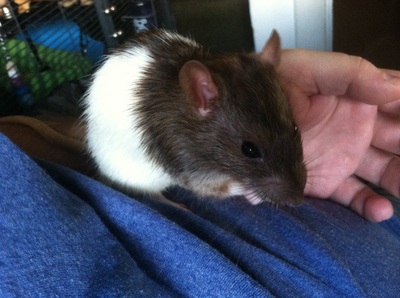 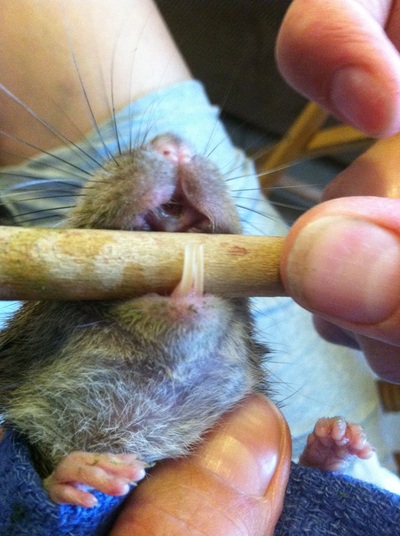 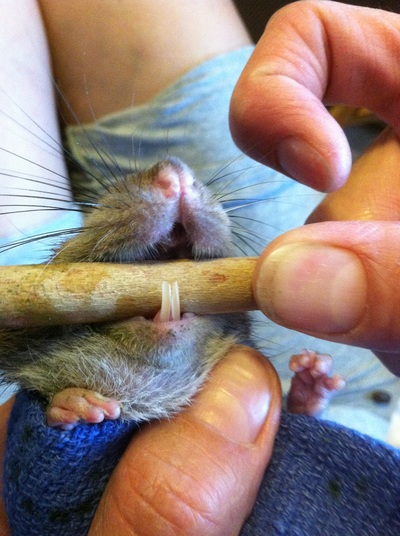