There are a variety of bedding choices. Rather than trying to list all possibilities, I'll highlight some that I have used as well as some to avoid. Check out the general information links to do more research.
Do not use any clay-based product as it can be ingested and then clog up rat systems.
Do not use cedar shavings (though they are hard to find anyways), and do not use any shavings with pine in them. If it says softwood, it's probably pine. Why is this? Phenols (what makes them smell nice) in cedar and pine are bad for rat respiratory systems. Now, pine has yet to be scientifically proven to be bad for them, but why even take the risk? If it is probably bad for them, you may as well choose something else. 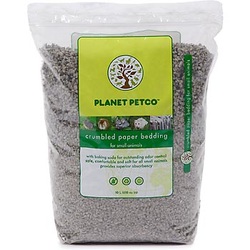 If I use a bedding product for new rats, this is what I choose. This bedding seems to do a pretty good job of controlling odor, and it doesn't make as much of a mess as aspen shavings do. It may look a bit drab, but in my opinion odor control wins. 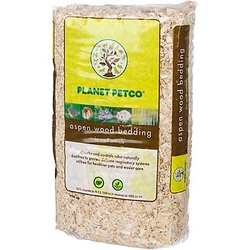 Aspen is acceptable if you want a wood-based bedding. Good points are that it is fairly inexpensive and it looks nice. Bad points are that it may not control odor as well, and it makes a huge mess. My mice are using this right now (until I run out) and I've given up trying to keep it off the floor. It goes all over when I get it out of the bag, and then the mice pick up the pieces they hate and spit them out the side of the cage to the floor. 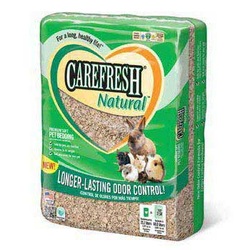 Meh. It's fine but it's more expensive than the others and I don't think it controls odor particularly well. This includes the products that look similar to it (in my book) though I've not tried any others. 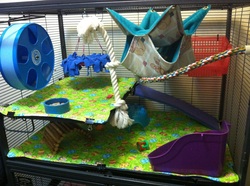 We are currently using a variation of this in our cages. With the amount of chewing our rats do and us not wanting to do cage maintenance every single day, we switched to using only towels. We are just now trying our first set that uses furniture pad under fabric rather than towels. I will update this if it works well.


We have tried the method shown in the picture which is fabric sewn to towels, then held with clips. The reason for the towels is that fabric alone is not absorbent enough.

A variation on that method that worked decent was to cut the towels to fit inside the tray, then extend the fabric further out and fold it under the shelf. No edges to start chewing at or burrowing under worked ok for a while.

The biggest problem with towels is that the rats attack them with a fervor. Though we've never had an incident, there is a risk of getting stuck in the threads once chewed. Certainly, don't use towels with newborn rats.

We tried two hand towels sewn together at the long ends to make a sleeve and then we slipped that over the top shelf. This wasted the bottom towel (though they sometimes turned it into a hammock) but the next time we could make that the top instead. Recently, we did a closed fabric sleeve with one opening to slide over the shelf (towel was sewn inside). Again, that worked ok, but they still shred the fabric.

I'm optimistic that the furniture pad method will work.